What you gonna do about it? 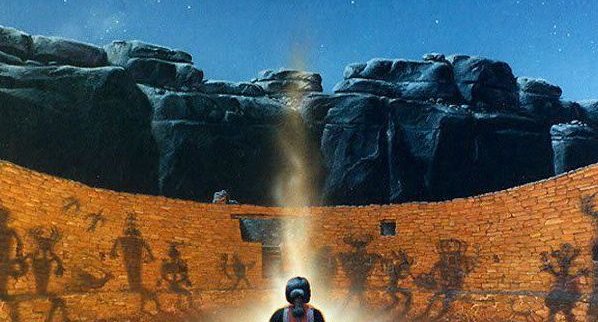 A healer from The Anishinabek 1st Nations People introduced me to a very interesting philosophy called the 7 fires. In a nutshell it declares the action or inaction of a generation directly impacts 7 generations later and determines the quality of life they will have.

To better and level the playing field for future North American generations who by will find themselves belonging to a racialized community or being inter-generationally socio-economically challenged; sweeping systemic change is necessary. We owe it to our children’s children to eliminate or drastically reduce the likelihood of them experiencing marginalization, disengagement, racism and classism etc.  Currently a disproportionate amount of people who identify belonging to one of the aforementioned groups (racialized or socio-economically challenged) feel disconnected from equal access to education, left out from gainful employment opportunities, unfairly treated by the criminal justice system and overall disadvantaged.

To change this mindset and harsh reality of racialized inter-generational disadvantage, ultimately a systemic change in the shape of a paradigm shift will have to take place.  Going about obtaining this type of systemic change will not be easy and those acting as agents of change will undoubtedly be met with unprecedented resistance. The obvious resistance is expected from those who hold the current reins of power.  Giving up autonomy and changing tradition willingly just doesn’t happen.   Societal norms are status quo and challenging any institution and its way of doing business is grounds for receiving the trouble maker/radical label.  We only need to look to yesteryear or to today, to see examples of freedom fighters who were merely seeking justice demonized by systemic institutions.  The likes of Dr. Martin Luther King and his non-violent fight to achieve racial equality for African Americans was met by oppressive violence that ultimately claimed his life.  Currently countless black parents in the city of Toronto have been deemed irrational and aggressive for challenging the practices of the Toronto District School Board and the disproportionately low rates of black student graduation. There are thousands of examples where systemic change is being called for and the yells appear to fall on deaf ears.

We would be still drinking out of race based water fountains and sitting in colour designated seats in theatres if it wasn’t for the relentless chipping away at the very foundation that holds old traditions together.  However as we’ve witnessed the wheels of systemic change are like those of justice; extremely slow.

Now for change of this magnitude to take place everyone involved must be at the table. Hence, not only those experiencing the problem need to be there. This is a two way street where residents, parents, students and Institutions that have traditionally had a bearing on community such as educators, law makers, etc must be willing to accept their roles in change thereby making opportunity for societal change greater for generations to come. Topics such as racism and unearned privilege must be not just be entertained but be understood by all to break the cycles of inequality which feed disengagement, disconnection and lead to incarceration, poverty, violence, loss, neglect, and discrimination.

We must make the honest association that continuing to perpetuate ineffective practices not offering resolve knowingly or unknowingly will only make the consequences of societal injustice more complex and ingrained.
Recognizing and coming to grips with systemic healing and the roles we must play is necessary for all of us involved and is the first step to change.

Hence this is why I stand firm on ‘Oppression awareness’ being mandatory for educators and students. Ingraining what oppression looks like, tastes like, smells like and feels like will prepare not only students but educators to minimize systemic onslaught’.

Yes this means students as early as grade one students should be introduced to the contributing factors that have black and brown males ending up behind bars and dropping out of school in epidemic proportions.  The earlier all students and educators can identify systemic inequality the earlier they can rally to stop it.

In pursuit of systemic change I recommend adopting the 7C’s as a foundation and the 5A’s as a process.